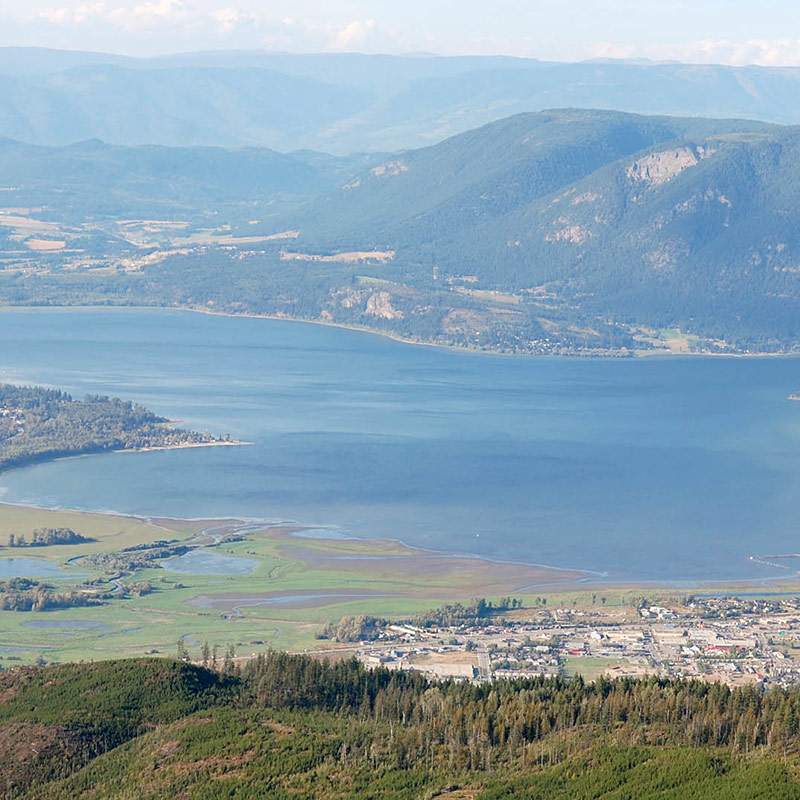 Top things to do in Salmon Arm, BC.

Top things to do in Craigellachie BC. The Last Spike. 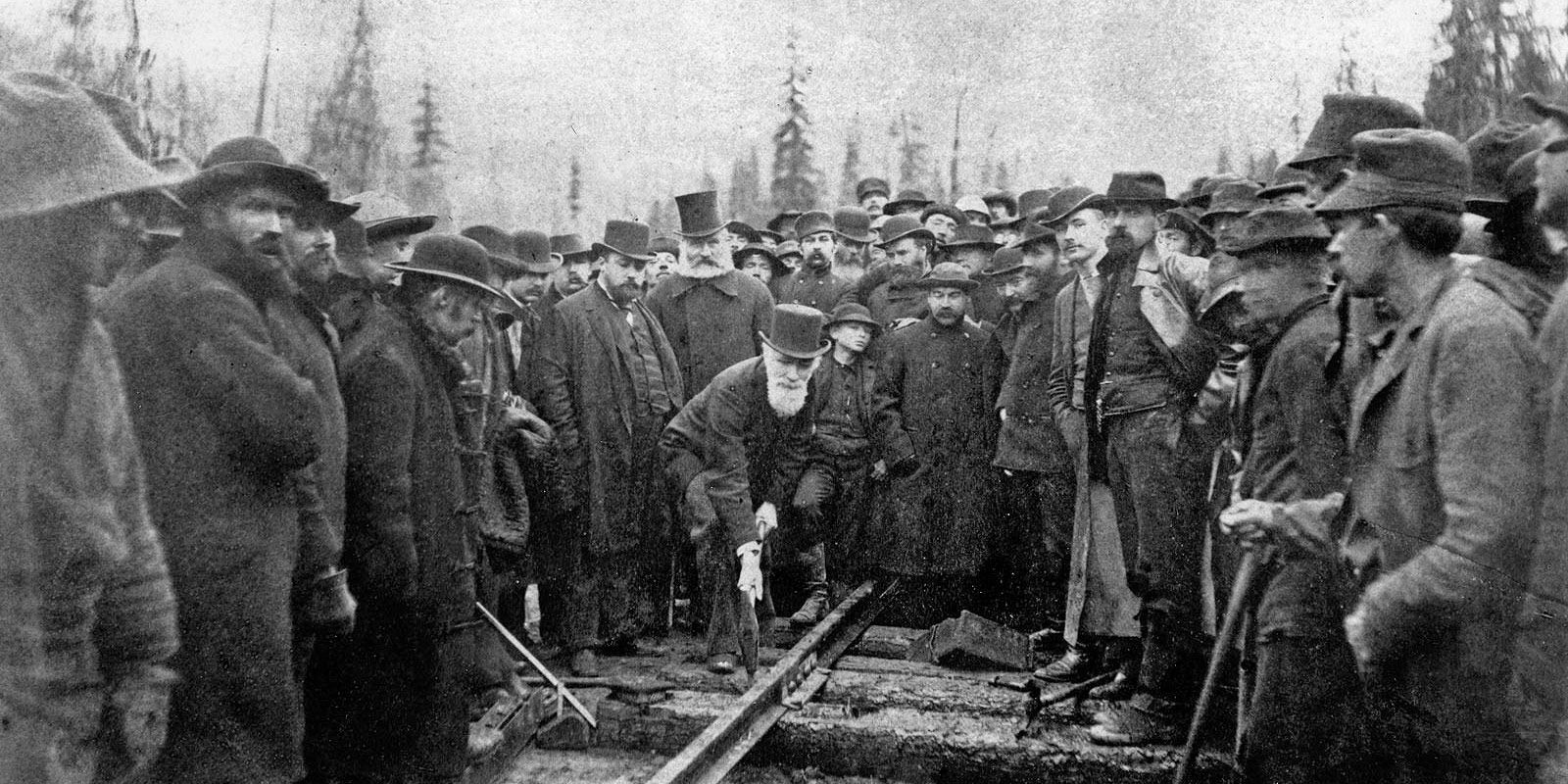 Craigellachie: Site of the Second to Last Spike

"Craigellachie! You canna say it without the accent, can you?"
"You may be right about that. But I'll bet, if we tried, we could stop saying it at all. At least until we get there."
"Okay. But it is the most Scottish-sounding word I've ever heard."
"Aye."

Since hiring a one-way car rental from Vancouver to Calgary, Jim and I had been scouring the roadmaps of British Columbia. As soon as we read it, we were saying the town's name with a Scottish accent. And we were saying it wrong, apparently. My natural inclination was to say cray-guh-LOCK-key. But the residents (and they should know) put the stress on the second syllable, pronouncing it cray-GELL-uh-key.

And now that we were driving into the town, Jim had suddenly had enough of Scots speak. We decided to find the monument before looking for a gas station. Everyone has to see the monument. Because the town of Craigellachie is best known as the site of The Last Spike.

That's right. This is the very spot where a sledgehammer (more properly called a spike maul) drove the final spike of the Canadian Pacific Railway into a wooden tie. The year was 1885. Some would argue that that continuous band of steel, stretching from coast to coast—or at least from coast to Montreal—did more to make Canada a nation than Confederation itself.

The man swinging the ceremonial sledgehammer in all the old photos is Donald Smith, a director of the Canadian Pacific Railway company. Later, he was knighted. When not actually joining the two ends of the CPR or raising money to finance the project, Sir Donald was the principal shareholder of the Hudson's Bay Company and also served as president of the Bank of Montreal. He also gave a million dollars to kick off construction of a hospital in Montreal. That's a million 1880 dollars, not downpayment-on-a-shack-in-Vancouver 2018 dollars.

"Classic overachiever," offers Jim.
"You think you two might be related?"
"Don't think your sarcasm is lost on me," says Jim. "Just because I'm from the West Coast doesn't mean it's fair to label me as some kind of lotus-eating underachiever."
"That isn't it. You're labelled as an underachiever because you've never achieved anything."
But Jim isn't listening to me. He turns from the squat, stone monument that we've been studying and then looks around the railway platform.
"You think maybe this is where all that started?"
"All what started?"
"You know, the idea that we're a bunch of slackers here in the West."
"What has that got to do with completing a transcontinental railroad?"
"Well. . . look at it from their point of view—Ontario and Quebec's."
"Okay," I say. This should be good.
"'Let's build a railway,' says Sir Donald. 'We'll start at our end of the continent and you start at yours. We'll meet in the middle.' And off they go."

I'm still not quite following him.

"And so we end up meeting. . . in Craigellachie?"
"Well it wasn't Craigellachie at the time. It was just. . . B.C. Or aboot-to-be B.C."
"My point is, it's hardly halfway, is it? I mean, we didn't exactly meet in the middle."
"But our half has all the mountains! And I mean all the mountains."
"I'm just saying that on a map of the country—especially a non-topo map--it doesn't look good for our side."

"Come on," I say, hoping to change the subject. "Let's see if we can find the spike. It must be in one of these ties around here." I reason that they would have placed the monument as close as they could to the historic nail.

But a chain-link fence separates us from the tracks. We get as close as we can and scan up and down the rails. "That must be it," says a middle-aged man in a ball cap standing next to us. He's pointing a finger through a link in the fence. Sure enough, one of the spikes fixing the steel rails to the wooden tie has been spray-painted gold.

"They didn't use an actual gold spike?"

"Too soft," says the guy in the ball cap. "You couldn't hammer in a real gold spike. Besides, how long do you think something like that's going to hang around?"

I could see his point.

But Jim was checking his phone. "Apparently, they had a ceremonial silver spike all ready to go. The Governor-General, Lord Lansdowne, was supposed to bring it with him to the ceremony and do the actual sledgehammering himself."

"'Sir Donald's aim was off, and on his initial swing he struck the spike a glancing blow, bending it.' So they couldn't use that one. It's now on display at the Canada Science and Technology Museum.

"Ah, the famous second-to-last spike. I'll bet there are lineups to take a selfie with that one."

But to me, this story was entirely plausible. There was something very Canadian about having to take a second swing before connecting. I knew from my high school history that the first European to cross North America was another Scotsman--Alexander Mackenzie. On his initial attempt to reach the Pacific, he also bent the spike, so to speak. He took a wrong tributary and ended up canoeing to the Arctic Ocean. Today, the river that took him there still bears his name.

Two summers later, Mackenzie mounted a second expedition and tried again to reach the West Coast. This time, with the direction of some of the local natives, he reached the Pacific. It took him two tries, but he was still there twelve years before the far-better-funded Lewis and Clark expedition, who reached the coast of what is today Oregon.

"Persistence," says Jim. "Now that's the mark of a good Scotsman."
"Aye. That and knowing when to stop and ask for directions."

Did you know MirrorTrip helps you find one-way car rentals in Western Canada? Just enter your location and date and if you can't find anything that suits your schedule - post your trip for others to match and we'll let you know as soon as someone matches up with your trip.