The Cars of Summer 2020 Western Canada

Top things to do in Golden, BC. Get Wet. Get Bounced.

Top things to do in Takkakaw Falls, BC. Natural Splendour. 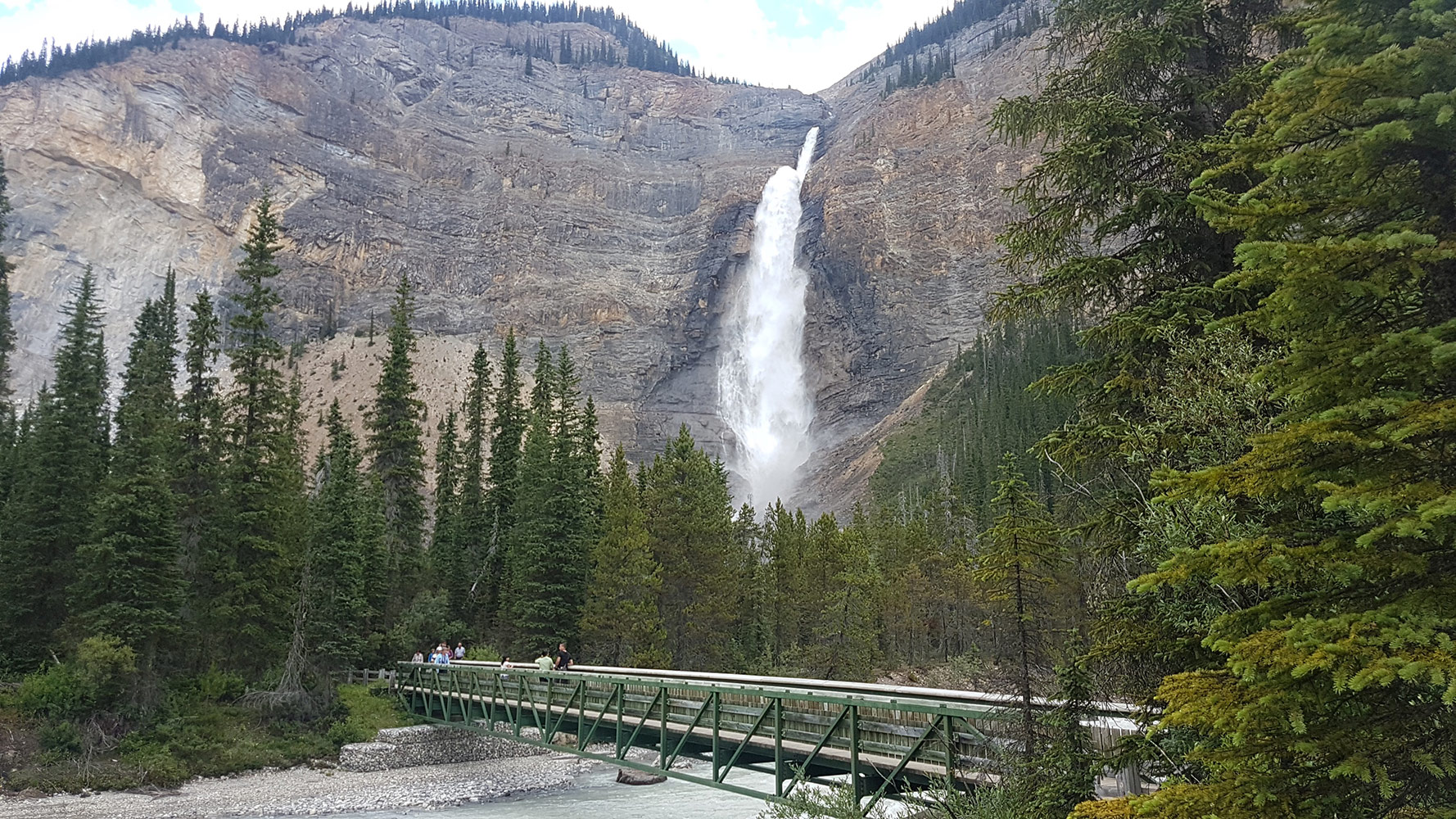 A look at the things to do in Takakkaw Falls, the places to see, and the people to meet on a one-way car-rental from Vancouver to Calgary. After renting his car in Vancouver, pointing his compass East, Dave shares an idyllic, Instagram-worthy reason to stop along his way to Calgary.

The plan was for my buddy Jim and me to drive to Calgary, seeing as many waterfalls as we could along the way. From there, Jim wanted to visit his sister in Toronto. And I had to fly back to Vancouver for a wedding.

That meant the dreaded "drop off." No, I don't mean the menacing cliffs falling away from the winding mountain roads that often lead to these waterfalls. I'm talking about the horrendous fee that most car-rental companies charge for driving a car to a destination and—gasp!—leaving it at another franchise location.

Try it sometime; I dare you. It's as if you asked Dad to borrow the Volvo and just as he's handing you the keys, you say, "So, I'll leave it on the south rim of the old quarry—you know, just where the avalanche chute empties out under Balancing Rock? Don't worry, Wile E. can give me a lift back."

We decided to try Mirrortrip, which eliminates the problem of drop-off fees by pairing up consecutive drives—each the "mirror" of the other. So Jim and I drive a rental car to Calgary, then someone else who needs a ride to Vancouver takes it back within a few days. All we have to pay for is the gas and the days we rent the car.

I met Jim at the Enterprise Car Rental on Fraser. After the ritual circling of the automobile followed by the sacred autographing and initialing of forms ceremony, we were off and driving in a near-unblemished Ford Focus. I say near unblemished because of a yellowish mark near the rear fender which turned out to be bird poop. I had the guy with the clipboard put an X on the form corresponding to where the bird had made its mark anyway. You can't be too careful when someone holds your credit card imprint in his hands.

Gotta say that the car has every gizmo known to man, including Bluetooth. This meant—to my horror—that the car's sound system could now access the full breadth of Jim's catalogue of techno-scat rarities lovingly compiled on his phone. Because Jim is a cool cat, man.

All I had to offer for entertainment was a thumb drive that I found in the bottom of my camera bag. On it was a .pdf of my ex-girlfriend's Masters thesis and a copy of ABBA Gold. As Jim is far too cool to acknowledge even knowing who ABBA is, when offered the choice of me reading Meg's thesis aloud and listening to the Swedish supergroup's greatest hits, he really had no choice. I now have video footage of Jim tapping the steering wheel in time to Waterloo which I may post at the appropriate time and without warning.

Our first serious waterfall, Takakkaw Falls, is well into the drive. The turnoff is at kilometre 2321 of the Trans-Canada highway, just past the town of Field. From there, it's about a 15-kilometre drive to one of falls' best viewpoints. It takes about a half hour to drive that distance. If that seems like a long time to drive 15 kilometres, it's because it's slow going. The road, while well-paved, is narrow and becomes a series of steep switchbacks with hairpin turns.

Jim spent most of this time looking over the sill of his door, saying things like, "You're kind of close to the edge on my side. Just so you know."

It's worth the drive. From the parking lot, you walk down a short trail through some very tall trees to a lookout point. Of course, you hear the falls as soon as you get out of the car. When you finally break through the pines and lay eyes on it, the view is, well, breathtaking. The rock face the waterfall pours over is so close and nearly vertical. It's like you're taking the world's most spectacular shower.

Apparently, Takakkaw was once considered the highest waterfall in Canada at 373 metres. Recently, they re-surveyed it and now Della Falls, in Strathcona Park on Vancouver Island, is deemed to be slightly taller.

I can only imagine the humiliation suffered by the now second-place Takakkaw Falls—and the Daly Glacier which supplies most of the water tumbling over the lip. "We always gave Takakkaw everything we had. Of course, we love him just the same today as when he was the tallest in Canada."

Jim did some Googling and insists that "Takakkaw" is the Cree word for "sore loser," but I'm going to check on that before we get to Calgary.